On Monday Glasllwch Primary School hosted a live webinar!  The Children’s Commissioner for Wales, Sally Holland, joined us at school to lead the webinar. During her visit, Sally Holland spent time talking with the children in Year 6 about issues that matter to children and young people. 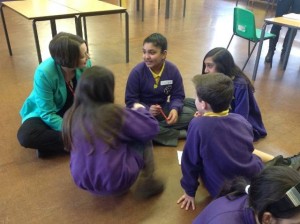 Hundreds of children from throughout Wales took part in the webinar to share their ideas for improving the lives of young people. Children from schools across the country were able to talk via the internet about issues raised through the ‘What next?’ project. Sally Holland shared her findings from last year’s ‘What next?’ survey – she talked about her campaign to tackle bullying and her goal to ensure children’s safety at home, in school and in the wider community.  Further information about ‘What next?’ can be found on the Super Ambassadors website. 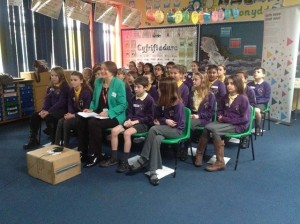 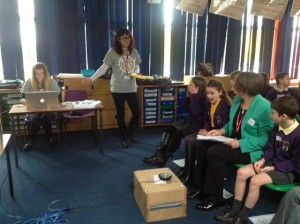 “Our first job was to help children in the school learn about the UNCRC and we had to do a power point in assembly,” said Conor.

Freya said: “We also make sure children know what children’s rights are and if they don’t, we tell them through assemblies and posters, things like that.”

Conor said there had been questions and discussion on the webinar about whether cyber bullying was more common than face-to-face bullying. Freya said it is important that children know what to do and who to talk to if they are worried about bullying.

We are very proud of the contributions the Year 6 children made during the webinar – well done Year 6!  Conor and Freya will continue to promote children’s rights and the United Nations Convention on the Rights of the Child (UNCRC) in school.

Click the link below to see Conor, Freya and Sally Holland talking about children’s rights.