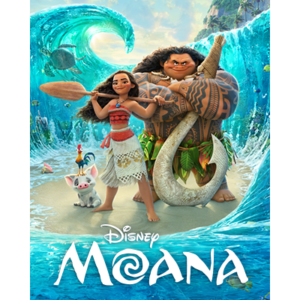 I have watched Moana lots and lots and it is the best film ever. It is about a teenager who longs to go out to sea but she cant. This is because one day very soon Moana will be the village chief and she needs to start practicing. Moana wasn’t too keen on doing this but her dad, the chief right now, does. Moana’s nanny, Gramma Tala, showed Moana a secret. Moana then decided that she would try and go out beyond their reef and sail on the real ocean. Gramma Tala tells Moana that she should put back Te Fiti’s heart and ask Maui if he can help. Moana meets Maui on an island under a hook made out of stars. They voyage on an amazing adventure and come across problems along the way. This film is amazing, so I would fully recommend it to everyone. I would rate it 5 stars: *****